Hakken dance is a dance from Netherlands and is closely linked to the “Gabber” (i.e. an electronic music style) subculture is a Western Europe. This “rave” dance is supposed to have originated from Netherlands during the 1990’s when the craze for “Gabber”, a form of electronic music had reached its peak. Apparently, this dance style is supposed to be a variant of “Zapateo” (a form of dancing). In addition, this dance involves the use of quick feet movements. Furthermore, this form of dancing is also popular in Australia, and is referred to over here either as “gabber or gabbering”.

A. History/origin of the Hakken Dance:

Apparently, Hakken was created in Netherlands using a style of dancing known as “Zapateo” as a template. Furthermore, this dance was developed mainly during the 1990’s when the craze for electronic music within the country had reached its peak. In addition, the name of this style of dancing “Hakken” when literally translated means “chopping or hacking”.

B. Costumes used in the Hakken dance:

Since this dance style is basically “casual” there is no particular costumes worn by the performers.

D. Training availability and the technique involved in the Hakken dance:

In terms of technique, this dance involves the performer making use of small quick steps to the rhythm of the accompanying electronic music. Furthermore, the performer also makes use of the upper body parts such as the arms and the torso in addition to the lower body. As for training centers/schools, there are none available around the world since this “rave” dance is mainly performed mainly in the Netherlands and in Australia. 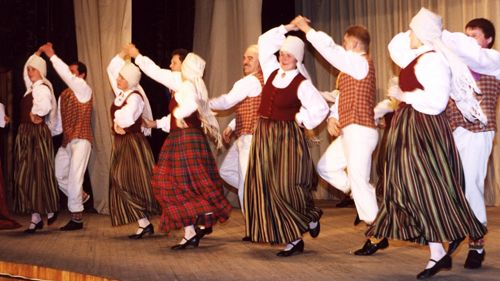