Considered to be “among the most popular classical dance styles” in south of India is the Mohiniyattam. This “Lord Vishnu” dedicated dance form has originated from the state of Kerala apparently during the 18th century. Similar to several major Indian classical dance forms, the origins of Mohiniyattam is deeply embedded in an ancient sacred Sanskrit text known as “Natya Shastra”. Furthermore, this dance form is mainly performed by women. In addition, this dance style which requires extensive training is accompanied by what can be referred to as “hybrid form of music” known as “Manipravala”.

a. History/origin of the Mohiniyattam:

Although the basic essence of this dance form is said to have had its roots in the sacred Sanskrit text “Natya Shastra”, yet there is no clarity on its origin.  However, the first evidence of the existence of this dance form was observed in sculptures found in a few temples such as Trikodithanam and Kidangur Subramanya Temple in Kerala. Furthermore, it was eventually from the 18th and 19th century that this dance form started to get noticed and much needed support from a few princely states in the country. In addition, it was in the 19th century that a team of Bharatanatyam and Mohiniyattam dancers was created by a Hindu king in the state known as Swathi Thirunal Rama Varma, which eventually led to the development of this dance form.

b. Costumes used in the Mohiniyattam:

Since the dance is mainly performed by women, the costume worn is a plain white/off-white saree comprising of golden coloured embroidery. In addition, a choli (i.e. a blouse) matching the saree, a golden belt worn at the waist, and a pleated sheet consisting of concentric bands also form the part of the costume. Furthermore, simple jewellery such as a pair of earrings and anklets tied to the feet are also used by the dancer. Make up used is extremely simplistic, with lipstick and a traditional Hindu “tikka” on the forehead being the main ingredients used by the performer.

c. Music used in the Mohiniyattam:

The music used during a Mohiniyattam performance is basically “Carnatic” in nature similar to Bharatanatyam. The instruments used thereby include the mridangam i.e. barrel drum, Idaka i.e. hour glass drum, flute, veena, and Kuzhitalam also known as cymbals. In addition, the lyrics used are supposed be written using a “hybrid mixture” of Sanskrit and Malayalam, which is known as “Manipravalam”.

The technique involved in this dance form comprises of two major components. They are as follows:

This includes the movement, speed, range, and pattern. The basic posture of the dancer comprises of a parted feet, knees bent outwards, an erect upper body and side-to-side swaying of the body along the hips. The footwork on the other hand is soft, sliding, and is in complete synch with the music. In addition, this component plays no part whatsoever in the actual story telling.

It is in this component that the dancer through the use of various hand and facial gestures in rhythm with the music being played narrates a story usually possessing spiritual themes. Furthermore, the hands and facial expression used in this dance form follow a classical Sanskrit text known as “Hastha Lakshanadeepika”.

As for training, there are a number of schools/centres available throughout the state of Kerala that provide the basics to all those interested in learning this “elegant” dance form. 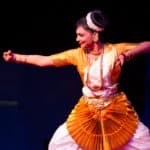 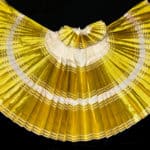 5 Most Popular Types of Dance for Adults in the USA

ITIK-ITIK DANCE – PHILIPPINES: A dance inspired by ‘movements of a duck’