Checkout some of the most watched Bollywood dance videos in the end of the post..

What is Bollywood Dance ?

This dance fusion is a unique style of dance that mixes basic Bollywood dance styles of dancing and music fusion with other styles of dance. Bollywood is a mixture of the Bombay film industry and our Hindi cultural language. The dance style has significance in Indian culture. It also tells a story through bodily gestures and significant features. The style is full of colors, showing composition between dance, music, storytelling, and costumes. It has allowed it to merge with other dance forms around the world, and it is now popular all over the world. It’s basically a fusion of various dance styles.

People have started performing various acts through the medium of a variety of dance performances.That gives a clear message to the audience without uttering a word and gives meaning to their lives.

The main Bollywood dance forms are very gracious and skilled in terms of presentation. The attire of the dancers, their hairstyle, make-up and accessories are a vital part of each dance style. The body gestures and facial expressions are focused on being enhanced and complemented according to the outfits that shimmer and give a unique identity to the dance style.

How exactly has “Bollywood Dance” evolved:

By the 50s and 60s, Bollywood continued to grow and the number of dancers started to expand. Colored films changed the perception of Indian Bollywood style dance because of the vibrant colors and sets that brought life to the dance styles. In the 1970s, Bollywood underwent a major change. Since the 2000’s, Bollywood dance and films have gained increased international recognition due to the growing NRI and Indian communities overseas. With the upcoming talents, their popularity hit the audience.

The overall dance history of India dates back to 500 years old. Earlier, Bollywood films were dominated by classical dance forms like Bharatanatyam, Kathak, and folk dances from different parts of India, which are now influenced by Western dance styles. Indian culture comprises two basic dance styles in the form of traditional and folk. Furthermore, dance has also been an integral part of Indian films, particularly in movies produced in Bollywood. Many choreographers in Bollywood over the years have fused elements from Indian folk dances and traditional dances such as Bharatanatyam and Bhangra with western and contemporary dance forms to create a mishmash of choreography and dance. It is this fusion that has led to the development of what is known as the “Bollywood Dance” style. If you are not from India and end up checking out some of the dance videos at the end of this post, you are in for some surprises and mixed reactions!

Traditional Indian dance styles’ “Hastas” and “Mudras” (hand gestures) have found their way into Bollywood Dance. About 108 mudras exist in Indian traditional dance forms, each carrying its own subtle significance. Though the mudras’ are used in Bollywood dance, they are not necessarily of the pure classical form but again a fusion with contemporary and western dance forms.

“Pigeon head” is a neck and head movement which is frequently used in Bollywood dance. It basically involves side-to-side’, ‘forward and back slide’, and neck rotation movements, and helps add a lot of fluidity to the dance form. According to Anjali Mehta, a dance teacher settled in London, “The neck movement plays quite a big role in the dance’ allowing for a variety of expressions to convey emotions.

“Abhinaya”, literally meaning “acting”, is also a critical component of Bollywood dance. The essence of “Abhinaya” lies in bringing to life a story accompanied by dance and the simultaneous use of appropriate facial expressions and eye movements. Expressions display emotions such as anger, love, sadness, and happiness. According to Anjali Mehta, “facial expressions must be supported by the skilled movement of the eyes and eyebrows. Therefore, heavy makeup on the eyes is used so that the slightest movements become more prominent.

In the past few years, the Bollywood dance style has evolved into its own signature style of music and dance, which showcases the elegant texture of India’s many classical and folk dances, fused with its different elements.

Bollywood dancing is full of color, life, dynamic moves, and the expressive dance style that has been seen in Indian films. It combines classical forms of dance, including traditional Indian, folk, Arabic, salsa, belly-dance, and western dance, while also incorporating more contemporary western forms such as hip hop, jazz, and funk. Nowadays, many dance schools across major cities teach the style of Bollywood dancing. 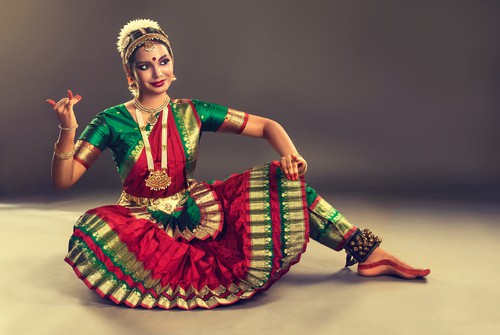 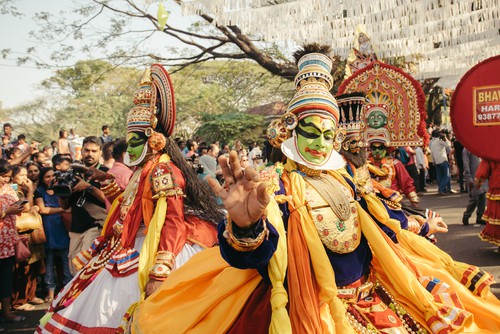 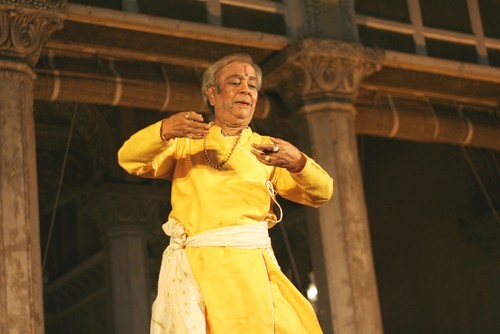 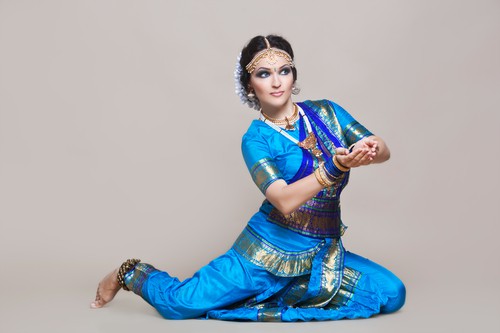