Gumboot dance is an African dance form performed using “Wellington gumboots”. This ‘boot’ dance originated in South Africa. It apparently was said to have been created by ‘native miners’. Furthermore, the boots (i.e. gumboots) used in this dance is adorned with a number of bells that create a sound as the performers stamp the ground while performing. This dance was mainly created by the miners as a tool to communicate with each other in complete secrecy.

History and origin of the gumboot dance:

This dance is said to have been created and developed by native miners in South Africa as a form of communication. It is said that the miners found it extremely difficult to communicate with each other without having been overheard by their bosses. And so to avoid this embarrassment of being overheard, the miners developed this dance form as a mode of secret communication. It is also said that it is the highlight of Black Umfolosi’s performance, a prominent South African folk group.

Description of the Gumboot Dance:

Gumboot dancers are commonly observed on the streets and plazas of tourist areas in South Africa, such as the Victoria & Alfred Waterfront located in Cape Town. Most of the steps and routines are emulated by those officers and guards who control the mines and barracks of South African gold miners. Gumboot utilizes the concepts of body language, from the cultural dances of the African workers that worked the mines. It is a dance made by idiophones or autophones (objects of everyday life vibrating by themselves), and it is similar in execution and style to forms of “stepping” done by African-Americans of common interest.

A South African student introduced gumboots to his classmates from all over the world at Pearson College UWC. The international school has decided to keep this tradition alive through the Gumboot Core Team—training the steps, learning about the culture, and keeping the respect alive on campus for over 45 years till now. The group has a huge respect for the origins of the dance and tries to be as authentic and educative as possible when giving live performances. In the months of March and April, the team bears all the responsibility for choreographing and performing at the One World Festival, an annual concert in Victoria, BC every year

Fascinating story behind the gumboot dancing:

Many centuries ago, migrant workers came to the Witwatersrand area to work in the mines. In the dark tunnels below, bosses tried to keep order and quiet by forbidding conversation. The miners wore boots to protect their feet from the foetid water. The miners created a tapping code to communicate with one another. These taps developed into different dance styles that were performed during the free time. Many miners were from rural areas. They used the dance style as a chance to dress up and express their cultural roots.

Costumes used in the gumboot dance:

The costume worn by the performers (both men and women) in this dance form jeans, a pair of gumboots, miner’s hat, and shakers/bells worn around the ankles that generate the sound.

Music involved in the gumboot dance:

“Percussion instruments” are mainly used in this dance style and they include idiophones, autophones, and at times even objects that are commonly used in daily life.

Training availability and the technique involved in the gumboot dance:

In terms of technique, this dance style essentially comprises of imitation of steps/moves made by officers and guards working at a gold mine. In addition, this dance involves the performers stamping their feet while at the same time slapping their boots. As for training centres or schools, there are none available around the world since this “boot” dance is mainly popular in and around South Africa.

Some of the best Gumboot dancing videos:

ore : Zumba – Everything you need to know! 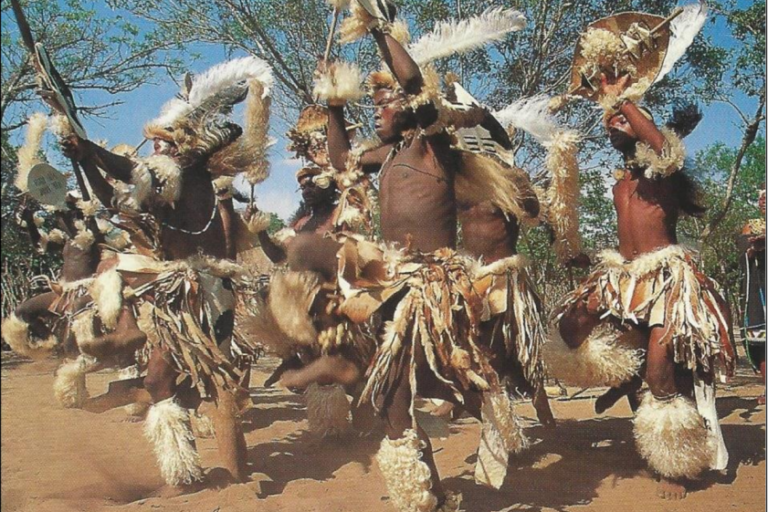